Alice Wells, who is the Acting Assistant Secretary of State in-charge of South and Central Asia, will meet Pakistani officials during her visit, the US State Department announced on Saturday.

Wells will be the first high-level US official to visit Pakistan after Trump’s remarks with regard to his new policy for South Asia last week. However, this would be her second visit to Islamabad in the month.

In a firm rebuttal to Trump’s claims that Pakistan had harboured “agents of chaos”, the country’s Foreign Ministry issued a statement asserting its commitment to fighting terrorism.

“No country in the world has suffered more than Pakistan from the scourge of terrorism, often perpetrated from outside our borders. It is, therefore disappointing that the US policy statement ignores the enormous sacrifices rendered by the Pakistani nation in this effort,” it said.

Trump dramatically increased the pressure on Pakistan during a much anticipated national address on Monday in which he laid out a new strategy on the United States’ involvement in Afghanistan. 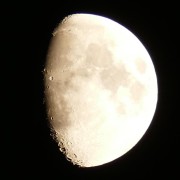 “Azadi Cultural Evening” captivates the audience at the High Commission

Please consider supporting us by disabling your ad blocker